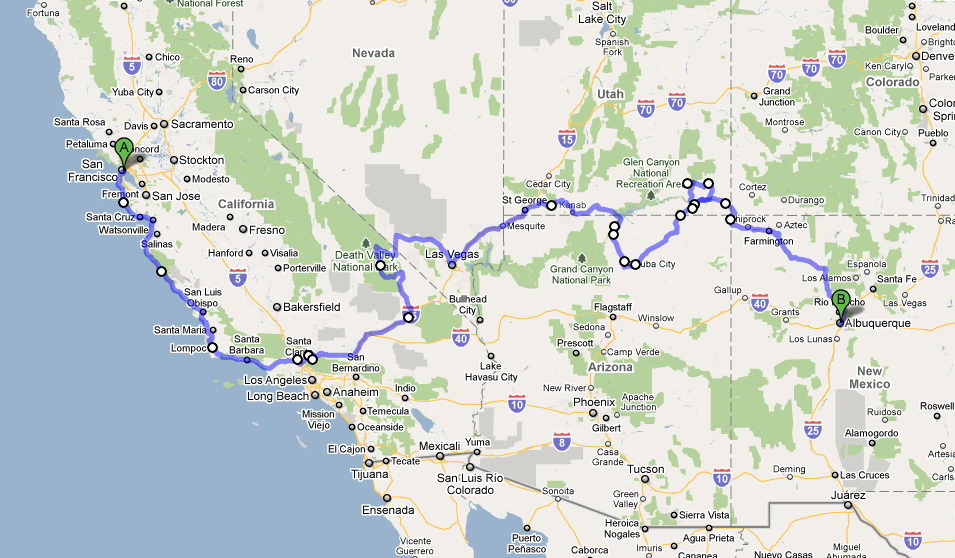 Starting from San Francisco, along the coast on the Scenic 1, then throught the deserts of the South West, the National Parks in the Utah.   To New Mexico through the Four Corners and then a final week in New York City.